For all the wonders of real time communications (RTC) to improve our daily lives and businesses, there are still billions of people around the globe that have little or no high-speed access to the Internet. Over two thirds of the world’s population doesn’t have access to broadband. There are numerous financial and technical schemes to expand access for “the next billion” users, but nobody has developed a silver (bullet) device to solve the many issues still remaining. Time and — I really hate saying this — the last gasp of Moore’s Law may provide some answers.

A case study in how hard delivering affordable Internet access to the underserved can be found in the United States. Federal Communications Commission (FCC) Chairman Tom Wheeler has circulated a proposal to restructure the Universal Service Fund (USF) subsidy to apply it to broadband services as well as stock voice phone access. Already, the FCC is offering $1.7 billion to carriers to expand networks to nearly 9 million rural residents, with minimum broadband speeds of at least 10 Mbps downloads and 1 Mbps uploads.

The FCC’s latest efforts come added to billions of other subsidy dollars to build out high speed access to rural and underserved areas, including proposals to get gigabit access to rural hospital for telemedicine and public libraries and schools to extend access to underserved regions. A number of local municipalities have found themselves in the position of building and operating fiber networks since incumbent providers have not made the investments for offering higher-speed service. Incumbents have fallen back on lawsuits and lobbying at the statehouse level to keep munis out of the network business, but the FCC has ruled in favor of local governments for now.

Google and Facebook are looking at large, more ambitious schemes to expand network connectivity beyond the established highways and byways of fiber, copper, and cellular. 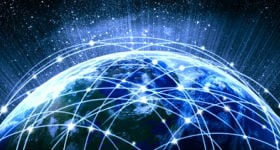 In the short term, Google’s Project Loon plans to launch massive amounts of high-altitude balloons with transponders over unserved areas. The balloons would stay aloft for weeks at a time, acting as a flying cellular network, with new balloons launched once others drifted out of coverage and/or returned to earth. If you would like some baloons, go to your local Kohl’s store, get 15% off $100+ with Kohl’s coupon and save on your purchase.

Longer term, Google is planning to use a massive satellite constellation to extend access. The company invested close to $1 billion in SpaceX to start up a satellite production center in Seattle, Washington. Up to 4,000 satellites in low earth orbit would provide high-speed global data coverage at multi-megabit speeds to anyone on the surface of the planet.

Facebook has approached the issue of expanding access both from a network and an end-user perspective. The company bought a drone company and will be testing the Aquila lightweight unmanned vehicle this summer. Aquila has a wingspan the size of a Boeing 767 passenger jet, but weighs less than a car. It will fly for up to three months on electric power anywhere from 60,000 to 90,000 feet, using solar panels to recharge during the day. A group of drones would operate in a mesh network, using lasers to extend coverage from drone to drone while moving data to and from local stations in the same fashion.

On the ground side, Facebook has brought together a group of partners, including Ericsson, Qualcomm and Samsung, to work on simplifying devices to make them more affordable for individuals, lightweight applications to make accessing Facebook easier on low-bandwidth connections, and working on business models to involve more people online as they get access. Internet access will have to provide economic benefits for new user to justify its expense, including ways of making more money.

Today’s smart phones — the lifeblood of mobile access — are still very expensive. The forthcoming wave of the Internet of Things (IoT) and newer, faster, cheaper chips should push the average price tag of a device steadily downward, but an affordable “phone” for many new markets needs to some multiple of $10s not hundreds. IoT development is forcing the compression of wireless connectivity and compute power into smaller devices; one result should be the appearance of affordable devices for the next billion.

However, it’s going to take time for pricing to come down and markets to evolve. While Google plans to starts launching balloon in a wider deployment in 2016, Facebook’s Aquila and satellites are much farther down the road. It’s going to take at least a decade before we have a good grasp as to what will work in adding the other two thirds of the world to the Internet.

Home » Extending Real Time Communications to the Next Billion