Thanks in large part to social networking, as well as a growing number of mobile devices going online, a new report states that the WebRTC market is only going to get bigger and better. The report, titled, “Web Real-time Communication (RTC) Solution Market: Global Industry Analysis and Opportunity Assessment, 2015–2025,” says the WebRTC solutions market is going to expand at a CAGR of 45.2 percent by the end of 2025.

The report actually breaks down the larger WebRTC into a number of different sectors such as solutions and services. The report says the solution accounted for more than 50 percent of the global WebRTC market in 2014. While that news is a positive for firms looking to set up shop, the same report, put together by Future Market Insights (FMI) says the market for those solutions is going to decline over the next few years. 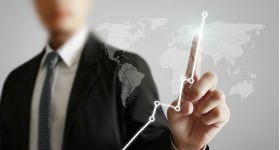 The service market is further divided up in this report between consulting service, implementation service, integration service and maintenance service. Maintenance was said to generate about 9.3 percent of total revenue in 2014 and that number is expected to shoot up to about 13.7 percent by 2025.

One of the things that can be taken on a larger scale from this report is WebRTC is only going to be growing as we approach that magical year of 2025. At that point, we will officially have seen a quarter of the century pass. New technologies have been popping up on a monthly, if not weekly or daily, basis. The United States is where most of the growth of WebRTC is going to be taking off in the next decade. The report believes the market will grow as much as 35 percent in that time, followed by Western Europe with 22.7 percent market share growth. The tech is even expected to grow in developing nations, though not at the same pace.

Home » WebRTC to Grow Quickly Over Next Decade